Tacloban City (December 19) – Tacloban is now a Highly Urbanized City. The people of Tacloban have spoken. They are for Tacloban’s conversion from a component city to highly urbanized city.

Last night, City Elections Officer Susan Collamar proclaimed Tacloban as already a Highly Urbanized City following her announcement of the official result of the plebiscite held on December 18 in the City of Tacloban.

In an interview with Atty. Collamar, she said that the Yes to HUC garnered about 36,352 votes while the NO to HUC got over 21,419 votes. So as of last night, Tacloban City is already a highly urbanized city, she added.

Atty. Collamar said that she has already sent the Department of Interior and Local Government a copy of the results of the plebiscite, so the DILG has been informed already.

The voters turn-out, about 57 percent, is encouraging, Atty. Collamar said. No untoward incidents were recorded in the generally peaceful and orderly conduct of the plebiscite, she added.

There were complaints about their names not included in the voters list and the precincts were still closed, but these are common problems during the conduct of any elections, Atty Collamar said.

Meanwhile, DILG Region 8 Assistant Regional Director Atty. Aida Laruda said that the City DILG has already written the Regional Office informing about the result of the just-concluded plebiscite. The Regional Office in turn will communicate the matter to the DILG Central Office.

The ultimate decision, however, was laid in the hands of the voters, whether they want Tacloban City to be converted into a highly urbanized city or not. Yesterday, they made their decision and it was for the affirmative. (PIA8) 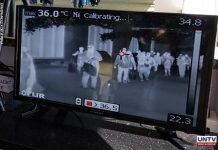