By: Rodrigo S. Victoria
Photos by Jalmz
Videos by Kenskie Senior Supt. Caubat, 49 years old, a native of Cainta, Rizal and a member of the Philippine Military Academy Class ‘85 served for three months as chief of the Regional Intelligence and Investigation Division (RIID) of the Police Regional Office No. 8 before his new assignment at the BPPO.

In his assumption speech, P/SSupt Caubat anticipated the unfolding of a new set of challenges as he embarks on a totally new era of assignment.

“I am thankful that I have been given a break to serve the people of the province”, he humbly said with the assurance that he will lead the entire police force of Biliran to higher levels of professionalism and performance.

He also acknowledged the able leadership of his predecessor, PSSupt Cesneros, which he described “has competently done his best for the maintenance of peace and order in Biliran province”.

In his first day today, P/SSupt Caubat said that he is determined to follow and implement the Integrated Transformation Program of the Philippine National Police (PNP) which is the roadmap for long-lasting reforms of the organization for a more capable, effective and credible police force.

He added that he will upgrade the law enforcement capabilities and will enhance the quality of police services and improve the morale and welfare of the police personnel of the BPPO and their dependents.

However, he said that he will not do it in an abrupt and drastic way but through consistent and continous effort.

He also reminded the members of the BPPO to keep with their commendable service so that the people will continue to enjoy a safe and peaceful community. (PIA-Biliran) 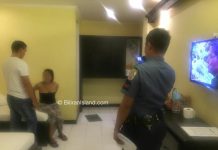