January 20, 2010, 4:36pm BOLJOON, Cebu — Governors and mayors in the Visayas under the One Visayas group have unanimously expressed their support for the presidential bid of Gilbert Teodoro who attended the first day of the Suroy-Suroy Sugbo Southern Heritage trail.

Cebu Governor Gwendolyn Garcia, Antique Governor Sally Perez, and Negros Occidental Governor Isidro Zayco led other officials from the different provinces of Regions 6, 7, and 8 in officially declaring their support for the standard bearer of the Lakas-Kampi CMD party.

Teodoro, who was earlier endorsed by Garcia, the chairman of Cebu’s ruling party One Cebu, was accompanied by other Lakas senatorial candidates and officials.

The declaration of support was done at the sidelight of the three-day Suroy-Suroy Sugbo activity, a tourism caravan that brings tourists to various towns to observe the culture, tradition, and destinations of the area.

Teodoro has emerged as the top choice for President of a majority of the governors and city mayors in the Visayas, based on the results of a survey done among local chief executives in three Visayas regions.

Perez said that One Visayas, a project of the three Regional Development Councils (RDCs) in the Visayas, recently conducted this survey among its members and the results strongly favor Gibo.

“So far, out of 30 city mayors, two-thirds have pledged their support and out of the Region 16 governors, 12 have every intention of fully supporting the former Defense Secretary,” Perez, who chairs the RDC for Western Visayas, said.

According to Perez, there is strong support for Gibo in the Visayas, especially among the Ilonggo, Cebuano and Waray youth.

“I think the constituency of Gibo is really the students. These campus tours are really heart-warming for him because the students love him,” said Perez of the former defense secretary’s warm welcome he’d been receiving in his series of sorties in universities and colleges.

In Western Visayas, Perez said the other governors supporting Gibo are Carlito Marquez of Aklan, Isidro Zayco of Negros Occidental and Felipe Nava of Guimaras.

In Central Visayas, she said, the governors supporting Gibo are Garcia of Cebu, Erico Aumentado of Bohol and Orlando Fua of Siquijor. Garcia chairs the RDC in the region.

Among the city mayors supporting Gibo is Calbayog City Mayor Mel Sarmiento, who chairs the RDC for Eastern Visayas, she said.

Although critics of the governor said the Suroy-Suroy was just a disguise to the early political campaigning of Garcia, Teodoro, and other national and local officials, Garcia downplayed the speculations.

“Suroy Suroy is an open affair and those who would wish to join, you can’t turn them down,” Garcia said.

The latest tourism caravan will visit historical and tourism sites in 22 local government units in the south of Cebu, from Talisay City to Barili town. 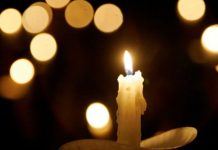 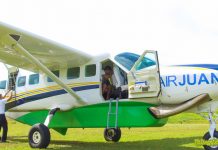