TACLOBAN CITY, Leyte, Philippines – Over 170 candidates from Eastern Visayas seeking various positions in the forthcoming May 10 elections have applied for security detail before the regional office of the Commission on Elections (Comelec).

The applications for security detail from candidates including incumbent governors and congressmen of the region will be forwarded to Comelec Manila, which will approve them through a special committee chaired by Commissioner Lucinto Tagle.

Petilla and Mercado are seeking reelection. The four other governors are running for Congress in their respective provinces.

All 12 congressmen in the region, including outgoing Leyte Rep. Trinidad Apostol, who is running for mayor of her hometown of Carigara, have also applied for security detail.

Mendros said that the approval of the applications would be based on a “threat assessment” to be done by their office together with the regional headquarters of the Philippine National Police and the Philippine Army, respectively.

Based on the ruling of the Comelec, those who applied for security detail will be provided with two security men coming either from the PNP or the Army.

The Comelec, the PNP and the Army have withdrawn all security personnel of candidates prior to the start of the election period on Jan. 10.

Mendros said that a temporary permit good for 30 days would be granted to candidates who had already security personnel detailed to them even before the start of the election period.

Chief Superintendent Rey Lañada, police regional director, earlier said that police escorts would be granted to any candidate if the threat to his life has been proven and if he would be running in an election hotspot, if there is a threat to his life or if the area where he was running has a history of election terrorism.

Lt. Col. Armand Rico, information officer of the 8th Infantry Division based in Catbalogan City, said the Army would be ready to provide security to candidates upon the approval of the Comelec. 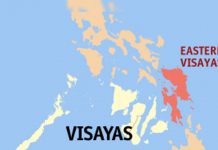