The present election crisis gripping our hometown Naval and Biliran Province reminds us of a similar event in town in 1928, which culminated in the government’s bullying and suppression of the will of our people. Part II has started, 82 years after the precedent event, and has unfurled a similar social drama and tension which outcome is still uncertain.

In the wake of allegations of digitalized fraud during our automated May 10 elections, a significant mass of our people, a “critical mass” according to the Clarion editorial, have risen in protest and are demanding justice (in the form of manual recount of the votes cast). We do not know the final resolution of this case, but at least we could be guided by what had happened in the past.

To spice up their stories about election-related fraud and trickery, and to instill caution in over-confident candidates, old folks of Naval are fond of telling and retelling the story about an actual event in the town’s political history. The story is almost legend now, and most of these folks can no longer recall the year of the event’s occurrence nor remember the protagonists. But they can vividly retell the frenzy following the process of breaking the tie between two candidates who garnered the same number of votes during an election for municipal mayor.

Other details of the folk version and the attendant social hysteria are narrated in my article “To Win at All Cost (Our Raucous Municipal Election in 1928” at the following Internet address: http://www.rolborr.xtreemhost.com/election.htm.

In contrast to the fable-like narration and the comic effect of the folk tale, the official version featured a tense contest in a wider panorama involving all levels of Filipino officials in the American colonial bureaucracy. If only to placate the patriarch of a family who was favored by American military and civilian officials in Leyte at the turn of the century, the involved Filipino officials bent colonial rules and broke basic norms of decency to ensure that an electorally-defeated American client becomes the mayor of a remote provincial town.

The year was 1928. The occasion was the election for municipal president (municipal mayor in current jargon) of the town of Naval. And the protagonists were Policarpo Redaza, the incumbent mayor running for a third consecutive three-year term, and Francisco D. Enage, son and namesake of the patriarch of an influential Enage family in Leyte.

The Supreme Court decision (Radaza vs. Enaje, Philippine Reports, Vol. 53, pp. 149-154) quoted or narrated the relevant facts of the case, which are as follows:

1. Redaza and Enage each obtained 358 votes in all precincts of the municipality during the June 5, 1928 election. Redaza attested that he could have won the election outright had the board of election inspectors of two precincts not “acted illegally,” apparently referring to fraud committed by Enage supporters which resulted in the electoral tie.

2. The municipal council of Naval, acting as the municipal board of canvassers, declared a tie in the election for the office of municipal president in its session on June 6, 1928.

4. Enage appealed to the Court of First Instance of Leyte in Tacloban. The court issued a writ of mandamus to the municipal council of Naval to have the candidates draw lots again.

5. The second drawing of lots was conducted on August 16, 1928. Redaza won the second draw and was proclaimed president-elect of Naval by the municipal board of canvassers.

7. On October 16, 1928, the date fixed by law for the induction into office of the new officers elected on June 5, 1928, Enage was able to take the required oath of office (apparently in Tacloban) ahead of Redaza, who was until then “protecting” his office in Naval. The order for Redaza to turn over the office to Enage was relayed through telegram by Vicente de la Cruz, the Tacloban-based governor of Leyte.

8. Redaza protested and appealed the case before the Supreme Court, which dismissed the case on the following grounds:

“The protestant, in alleging and contending that he was proclaimed the winner in the drawing of lots by reason of the tie, and thereafter in taking possession of the office, and attempting to prevent the protestee from holding it, may and should be considered to have deliberately induced his opponent to believe that the canvass which resulted in a tie was legal, and to act upon said belief in the validity of said canvass and tie, and, therefore, he cannot be permitted to deny his own acts.”

9. One of Redaza’s two lawyers during the appeal before the Supreme Court was Francisco Enage, Tacloban-based namesake of his electoral opponent.

10. The writer of the Supreme Court decision promulgated on March 27, 1929 was Justice Norberto Romualdez, a Leyteño who was one of two Filipino justices in the seven-member high court. The decision was concurred by Justices Johnson, Street, Malcolm, Ostrand, Johns and Villa-Real.

There are parallels in the 1928 crisis of our forebears and the similar crisis we are facing in 2010. In the former case, all higher levels of government conspired to fully smother the local aspirations and cry for justice.

It appears that Justice Romualdez himself, who was a very good and decent man, was ashamed of the decision he wrote. Perhaps he thought that by tinkering with the spelling of the names of the protagonists, he could hide his complicity from the verdict of history. Unfortunately, he failed in hiding this permanent stain to his illustrious career.

How will our present election crisis get settled? Will the outcome be a repeat of the 1928 case? If so, who will be listed in the roster of conspirators?

“May you live in interesting times,” the Chinese curse said. We are doing just that. 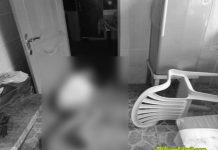 Fed up with bullying, farm caretaker kills a fellow caretaker