TACLOBAN CITY-The regional office of the Department of Interior and Local Government (DILG) has reported that there are four new governors and 50 new mayors in the region.

And all the new officials were given orientation by them to help them “capacitate” on the functions of their respective positions, Myles Colasito, DILG-8 information officer, said.

The four new governors in the region are Governors Gerardo Espina Jr. of Biliran, Sharee Ann Tan of Samar, Conrado Nicart of Eastern Samar and Paul Daza of Northern Samar.

The two other governors, Jericho “Icot” Petilla of Leyte and Damian Mercado of Southern Leyte were reelected in their respective bids.
The new 50 mayors are from across the region, Colasito said, with Mark Biong of Giporlos in Eastern Samar elected as the youngest mayor in the entire region at 21 years old.

Colasito also said that the region has three new city mayors, Carmen Cari of Baybay, Reynaldo Uy of Calbayog and Fe Abunda of Borongan.
The remaining four city mayors in the region were reelected during the May 10 elections, including Alfred Romualdez of this city.

Colasito said that all the new officials were given orientation by their office on local governance.

“This will capacitate our new officials to achieve their tasks and goals and give them a clearer vision on their plannings,”Colasito said.
The orientation attended by these new officials was presided by DILG Regional Director Francisco Jose.

The DILG-8 chief had urged the new leaders not only to work with their own people but even with their adversaries and sectors.
It was learned that the new officials were also taught on how to increase their respective local income and not to depend on their share on internal revenue allotment.

They were also reminded to be prudent in using their resources and practice sound fiscal policies considering of their limited resources.
Colasito also said that the new officials were also warned not to fire any personnel on ground of political reasons. (JOEY A. GABIETA) 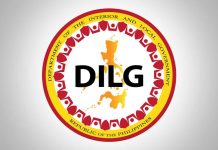