Rosaroso, a lawyer and a doctor and also owner of the St. Paul Colleges Foundation Inc. with branches in different parts of Metro Cebu, was popular for her program “Kini ang Akong Suliran” over dyHP.

Although she is a medical doctor specializing in women’s health care, including assisting pregnant women in giving birth, she did not know until too late that she was suffering from breast cancer.

Rosaroso’s niece Dr. Ligeia Libres said her aunt only learned that she had cancer last January when she noticed a cyst on her left breast.

She then went to Cebu doctors University Hospital and underwent surgery, it was after surgery when doctors found her to be suffering from stage 4 cancer.

At stage 4 the cancer has already spread to other vital parts of the body.At this stage most cancer patients already have slim chances of survival.

In breast cancer, the disease may travel by shedding one or more malignant cells from the original tumor through the bloodstream or the lymph system to the lungs, bones, brain, liver or skin.

In the days leading to her death, Rosaroso already declined to eat hard food and took only blended fruits with milk.But at 3:30 a.m. last Friday, her adopted daughter noticed that Rosaroso had difficulty breathing and brought her to South General Hospital in Naga City.

At 4:02 a.m. her attending physicians declared her dead.

Rosaroso was a native of Alicia town in Bohol, but she has already been living in Cebu City for more than 20 years.

A source in dyLA said that although Rosaroso was married twice to different men, she never had children and instead adopt some nieces and nephews and sent them to schools.

Dr. Libres described her aunt as a loving mother although she had a strong voice on-air.

Some of her helpers recalled that while it was true that Rosaroso was very strict, but she was also very kind and was always willing to give them money in times of hardship. 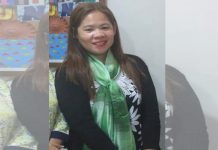