In a mobile phone interview today with PSSupt Sabornido, he informed that each municipal police office of the eight municipalities of Biliran are closely monitoring their respective territorial seas against fishermen who use illegal means to catch fish.

He added that since the time they have tightened the monitoring of the Biliran seas, there was a noted decrease in fishermen engaged in dynamite fishing, fish poisoning and electrocution of fish in big quantities.

He said the municipalities in the province are very particular about fishing boats doing fishing a few kilometers from the shorelines because these will destroy the breeding areas of fish and probably kill small fish even before they reach maturity.

Meanwhile, PSSupt Sabornido informed that the entire province of Biliran is generally peaceful.

In an earlier interview during the Kapihan forum, he said, police visibility is a factor that contributed to lower crime incidence in the province. (PIA-Biliran) 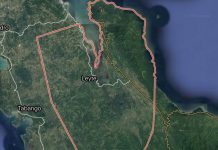