“Your time is limited, so don’t waste it living someone else’s life. Don’t be trapped by dogma – which is living with the results of other people’s thinking. Don’t let the noise of other’s opinions drown out your own inner voice. And most important, have the courage to follow your heart and intuition. They somehow already know what you truly want to become. Everything else is secondary.” – Steve Jobs

“The world rarely sees someone who has had the profound impact Steve has had, the effects of which will be felt for many generations to come. For those of us lucky enough to get to work with him, it’s been an insanely great honor. I will miss Steve immensely.”
— Bill Gates, co-founder and chairman of Microsoft

“I am very, very sad to hear the news about Steve. He was a great man with incredible achievements and amazing brilliance. He always seemed to be able to say in very few words what you actually should have been thinking before you thought it. His focus on the user experience above all else has always been an inspiration to me. He was very kind to reach out to me as I became CEO of Google and spend time offering his advice and knowledge even though he was not at all well. My thoughts are with his family and the whole Apple family.”
— Larry Page, co-founder and CEO of Google

“From the earliest days of Google, whenever Larry and I sought inspiration for vision and leadership, we needed to look no farther than Cupertino. Steve, your passion for excellence is felt by anyone who has ever touched an Apple product (including the macbook I am writing this on right now). And I have witnessed it in person the few times we have met. On behalf of all of us at Google and more broadly in technology, you will be missed very much. My condolences to family, friends, and colleagues at Apple.”
— Sergey Brin, co-founder of Google

“Steve, thank you for being a mentor and a friend. Thanks for showing that what you build can change the world. I will miss you.”
— Mark Zuckerberg, founder and CEO of Facebook

“The world has lost a visionary. And there may be no greater tribute to Steve’s success than the fact that much of the world learned of his passing on a device he invented. Michelle and I send our thoughts and prayers to Steve’s wife Laurene, his family, and all those who loved him.”
— President Barack Obama

The Nokia Corporation, CEO, Stephen Elop said in regards to Jobs:
“Steve’s passion for simplicity and elegance leaves a legacy that will endure.” He said the thoughts of all at the Finland-based cellphone maker are with Job’s friends and family.

American director Steven Spielberg said: “Steve Jobs was the greatest inventor since Thomas Edison. He put the world at our fingertips.”

Microsoft co-founder Paul Allen said: “We’ve lost a unique tech pioneer and auteur who knew how to make amazingly great products. Steve fought a long battle against tough odds in a very brave way. He kept doing amazing things in the face of all that adversity. As someone who has had his own medical challenges, I couldn’t help but be encouraged by how he persevered.” Apple Co-founder Steve Wozniak said : “People sometimes have goals in life. Steve Jobs exceeded every goal he set himself.” 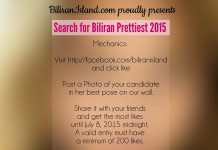 Listen live to 103.9 Radyo Natin FM on your iPhone, iPod and Android devices