TACLOBAN CITY Leyte – The Province of Leyte, Ormoc City in Leyte and Naval town in Biliran are the winners of the Eastern Visayas Regional Gawad Pamana ng Lahi Award in the provincial, city and municipal categories, the Department of Interior and Local Government Regional Office 8 officially declared in the afternoon of Friday, October 7, 2011.

DILG Region 8 Director Francisco Jose said that the three regional awardees will represent the Eastern Visayas Region in the National Search. The National Awarding will be on October 11, during the program for the 20th year of local government autonomy at PICC.

The Gawad Pamana ng Lahi by the DILG is a mechanism to motivate local governments in the provincial, city and municipal levels nationwide, to continuously foster and strive for good and effective local governance and further scale-up the value of accountability, transparency and inclusivity in local administration and development.

The winning LGUs were cited by the DILG in recognition of their efforts to advance economic prosperity and improve the social well-being of the community, Director Jose said.

The Gawad is conferred to LGUs for reasons of exemplary performance in administrative governance, social, economic and environmental governance, drawn from the database of the Local Governance Performance Management System (LGPMS), Seal of Good Housekeeping, International Organization or National Government Agency – bestowed awards and acknowledged innovations.

A Regional Awards Committee headed by DILG Director Jose was organized to assess the nominees. After coming up with the shortlist, a team composed of DILG, DTI, DENR, PIA and representatives of civil society organizations travelled across the Region to validate the regional finalists in the provincial, city and municipal categories.

The Awarding Ceremony will be held on October 11, 2011 at the Plenary Hall of the Philippine International Convention Center (PICC), Roxas Boulevard, Manila to coincide with the 3-day celebration of the 20th anniversary of the Local Government Code of 1991. (PIA 8) 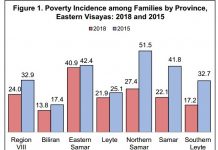