NAVAL, Biliran — High-school students from two remote barangays in Biliran province will now be able to continue with their studies in two public high schools after they were provided with free bus rides to and from their school on week days.

Biliran Lone District Rep. Rogelio J. Espina, M.D. said high school students from Barangay Tucdao in Kawayan town and Barangay Manlabang in the town of Caibiran will be provided with daily free rides from their respective houses to their school using four school buses that he had repaired using his funds.

Espina said of the nine school buses budgeted for purchase during the term of former Rep. Glenn Chong, only four were turned over to him. Since they were in poor condition, he had those repaired and will now be used by poor high school students for their transport to school. Meanwhile, he said the five other buses are still being used by the town of Naval.

The congressman said one school bus was turned over to the Department of Education (DepEd), Biliran Division for the agency’s use. 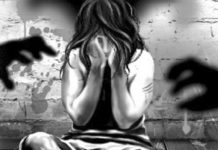