Exposing anomalies and inept governance is a necessity in our democratic system. It forms part of accountability of public officials who hold the reins of public service entrusted to them by our people who credibly elected them to that particular office. I say credibly because some politicians of this land have manipulated their way to being “elected” to the position they now occupy via cheating, and a lot of them, we know.

Naval State University President Editha Sabonsolin Genson, a doctor of philosophy in education is a case in point. She rose from the ranks. She was formerly chairperson of the Department of Cultural Affairs in the former Naval Institute of Technology (NIT) and at the same time a Research Director of the same institution. She became Vice President of this educational institution, head of the Academic Affairs from 2000-2004, and eventually promoted as the President of the new Naval State University.

Under her leadership, enrolment has significantly increased from 3,000 to 6,000 students. NSU, under her watch was adjudged a pioneering institution on ladderized learning program.

NSU was one of the Malacañang awardees, as a certified pilot institution that passed the evaluation process conducted by Institutional Quality Assurance Monitoring Evaluation group of CHED.

The after effect of the upgrading of the school from being just an institute to that of a full-blown university, collateral positive effects in the community surfaced. Lodging houses have improved and has significantly increased, and the public markets boomed with increased business activities via investors both domestic and from other places who have found Biliran as an investment haven. Transportation business beckoned a new light. Malls are being established.

NSU was also a lone awardee as an outstanding Boy Scout Council in the Visayas. It was almost a “dead” organization that President Genson actually initiated a resurrection upon her assumption as University President.

So much transformation along improved educational pursuits at NSU are now visibly in place and this happened under the Presidency of Editha Genson, and yet she has been faulted by biased commentators allegedly underwritten by the political gurus of the province, simply because she is not the President that they want for the new university.

Political barkers of these leaders who are engaged in fault finding, an unhealthy undertaking bereft of truth should have no place in a real democratic government.

We therefore hope that the political leadership of Biliran abandon their personal agenda for the new university and simply support the initiatives the incumbent university president which are designed for effective public service that results for the greater good of the greater number in the province.

If they have good basis for their criticisms they simply have to file complaints with the appropriate investigating bodies of the government rather than engage in cheap gimmickry. 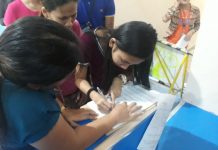