The Municipality of Naval, under the leadership of Mayor Susan Velasquez-Parilla, was the provincial and Eastern Visayas awardee in the maiden edition of the “Seal of Good Housekeeping” Contest of the Department of the Interior and Local Government for CY 2011, introduced by the late Sec. Jesse M. Robredo. The fiberglass plaque for this feat was installed at the entrance of the Naval Municipal Hall and formally displayed on September 26, 2012, the 152nd Pueblo Day of Naval. For the CY 2012 edition of the provincial contest, Naval with 4.30 points lost out to Kawayan, which scored 4.38 points, for a margin of a mere 0.08 points. In the Eastern Visayas edition of the contest, Kawayan was declared winner over the nominees from the other five provinces of the region.

However, when visited by an evaluation team from the DILG national office, it was found out that Kawayan failed to provide evidence that matched its alleged feat. As a result, Kawayan’s nomination was voided and disregarded and Eastern Visayas became the only region without a declared winner in the 2012 edition of the “Seal of Good Housekeeping” Contest.

When this disaster struck, DILG Regional Director Pedro A. Noval, Jr., claimed to have asked: “What happened to Naval?” There was a post-mortem over lunch during the 152nd Pueblo Day in the presence of Director Noval, OIC-Provincial Director Jess Naquila, Mayor Parilla, Vice-Mayor Redy Villordon, and the DILG people gave the facts and the yarn I noted above. I was there and I listened to the polite evasions to admit any semblance of accountability for the fiasco.

I say that the DILG in Biliran, by forced design or by default, conspired to deprive Naval of the opportunity to defend its feat in the second edition of the “Seal of Good Housekeeping” Contest by hoisting Kawayan as winner via a hair’s margin. Of course, the tactic backfired. A mirage will always be an illusion, not reality. What do they think of this one, a national singing contest that can be won by plurality of text votes? 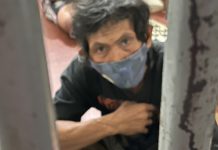