Naval, Biliran – In a vote of 8–1, the House of Representatives Electoral Tribunal (HRET) voted in favor of the dismissal of the complaint filed by then Rep. Atty. Glenn Chong, thereby solidifying the win of Cong. Roger Espina as the Lone District’s Representative in the last May 2010 elections.

Of the nine (9) members of the HRET, only Supreme Court Associate Justice Presbitero Velasco made the dissenting vote.

According to the decision, “…Chong’s substantial recovery of 457 votes mainly coming from his admitted claims on the PCOS machine-rejected ballots of 463 votes was not sufficient to regain Espina’s original lead of 361 votes considering that Espina equally garnered a large number of votes, that is 406 votes, from the admitted PCOS machine-rejected ballots or just less than 57 votes of that of Chong.

With the final tally of votes now standing at 40,106 for Chong and 40, 401 for Espina, the Tribunal affirms proclamation to a set in the House of Representative by a lead of 295 votes or a decrease of only 66 votes from his proclaimed 361 vote margin…”

The dispositive portion of the judgment provides, to wit:

“…WHEREFORE, for protestant Glenn A. Chong’s failure to show a recovery of the required number of votes to win the congressional elections in Biliran, the instant election protest is DISMISSED and the proclamation of protestee Rogelio J. Espina as the duly elected Representative of the Lone District of Biliran in the May 10, 2013 Automated National and Local Elections is CONFIRMED…” 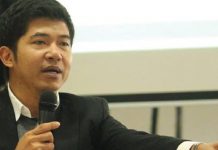 PCOS critic Glenn Chong says ambush-slay of aide was planned. Was he the real target?