The plane crash in Biliran today would be the fifth incident of its kind in Biliran history and the third in the town of Naval. The crash site of the american war plane during the world war 2. BiliranIsland.com File Photo

Three planes crashed on the island in late 1944, associated with the Battle for Leyte Gulf and World War II in Leyte. An American B-52 bomber crashed near the peak of Mt. Panamao in Kawayan. Some parts of its wreckage are still found in the crash site. A Japanese bomber also crashed in the vicinity of Brgy. Madao in Kawayan. Its aluminum gas tank was still in the possession of a local collector as of 2004. A Japanese fighter plane also crash landed between Sitio Laka and Brgy. Atipolo in Naval. Its pilot was captured by local guerrillas and executed and buried behind the Gabaldon Building in Naval Central School. The pilot’s remains were exhumed in the mid-1970s and a memorial for him stands behind the school building. The plane was scavenged by local residents in 1944 and converted to improvised farm implements such as plowshares and harrows of local farmers.

In the 1970s, student pilot William Diu crashed a light plane into the ricefield while trying to land in the highway between Naval poblacion and Brgy. Caraycaray. 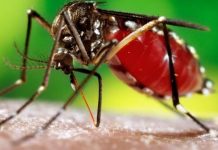