NAVAL, Biliran, May 21 (PIA) – Though the much needed rains for the planting season remains elusive for Biliran farmers, the Department of Agriculture (DA) has allocated 4,775 bags of certified and hybrid seeds, and Urea fertilizer for the coming planting season as assistance to farmers who were Yolanda victims in the entire province of Biliran.

Jaime Casas, Biliran Provincial Agriculturist, informed in a recent interview during PIA’s Kapihan at Pulong-Pulong ng Bayan over Radyo Natin-Naval, that a maximum of two bags of certified or hybrid rice plus Urea fertilizer is given for free for every registered rice farmer regardless of the expanse of his cultivated rice land.

Additional assistance to farmers who were Yolanda victims in Biliran province came from the Bureau of Fisheries and Aquatic Resources (BFAR).

The amount of P18M rehabilitation fund was allocated for two identified projects.

One of the projects is the 70 units fish cages made of high density pipes to last for 10-15 years at P160,000 per unit to be given to identified fisherfolks.

The other project is the cultivation of the 26 hectares of seaweed farm where each fisherfolk will be given P15,000 to buy seedlings and nets for the farm.

Casas added that the province of Biliran is also a recipient of P12.75M Japan International Cooperation Agency (JICA) funded aid for agri-farmers and fisherfolks through the DA.

The amount will be distributed to 850 farmers and fisherfolks in the municipalities of Cabucgayan, Biliran, Caibiran, Naval, and Kawayan which were hit by typhoon Yolanda based on the report of the Office of Civil Defense (OCD) region 8.

Each identified recipient will receive P15,000 for seeds, fertilizer, and garden tools in their vegetable production project.

Identified recipients for this project were already interviewed in April, 2014.
Project implementation to start in July and August, this year, according to Casas.

However, insurance applications have to be filed within two weeks from planting to be able to avail of the insurance subsidy, according to Casas. # (PIA 8 Biliran) 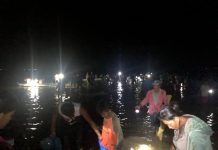