BILIRAN FOUNDING ANNIVERSARY. The town of Biliran commemorates today the 302nd anniversary of its founding as a pueblo on Sept. 10, 1712. The original pueblo covered the entire island (formerly named Isla de Panamao) and its poblacion was located in the vicinity of the present Sitio Ilawod of Brgy. Caraycaray in Naval town.  – Prof. Rolando Borrinaga 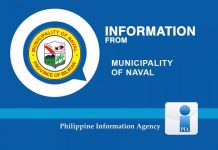 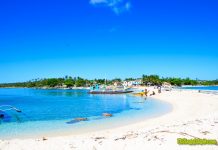