Location of eye/center: At 10:00 AM today, the center of Tropical Storm “AMANG” was estimated based on all available data including Virac and Cebu Doppler Radars at 100 km West Northwest of Virac, Catanduanes or at the vicinity of Camarines Sur (13.9°N, 123.4°E).

Strength: Maximum sustained winds of 75 kph near the center and gustiness of up to 90 kph

PSWS #2 (Winds of 61-100 kph is expected in at least 24 hrs) Catanduanes, Albay, Camarines Sur, Camarines Norte, Quezon incl. Polillo Island and Aurora. These areas will have stormy weather with heavy to intense rains. Residents along coastal areas are alerted against possible Storm surges.

• Estimated rainfall amount is from 7.5 – 20 mm per hour (heavy – intense) within the 350 km diameter of the Tropical Storm.
• Residents in low lying and mountainous areas of the provinces with PSWS#2 and #1 are alerted against possible flashfloods and landslides.
• Ocean waves may reach up to 6.0 meters within the 350 km diameter of the storm.
• Fisherfolks and those with small seacrafts are advised not to venture out over the seaboards of Luzon, Visayas and the eastern seaboard of Mindanao.
• Public Storm Warning signals elsewhere are now lifted.
• The public and the disaster risk reduction and management council concerned are advised to take appropriate actions. 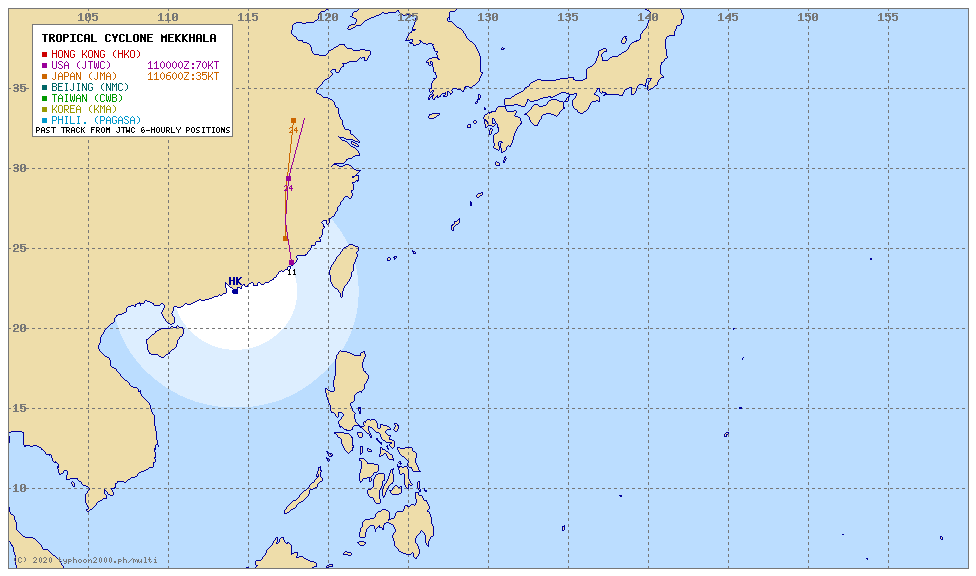 As of 1pm today 16 Jan., #Mekkhala #AmangPH is located app. 560km East of Samar. She has weekend at 60kph, and may not be a typhoon anymore. Thanks to God! But she is still heading towards Samar, Leyte and Biliran Island. Expected landfall am or noon on the 17th. At Eastern Samar. She may still bring heavy heavy rains. – Capt. Jose Jr Tupaz Obispo