“So far, we have more or less 600 bags stock of donated blood at present out of the blood letting activities conducted in several LGUs in the province”Ampong admitted.

He said that the province has not achieved the expected number of bags based on the one percent population of the province in 2014.

This year, he expected to have more blood donors who are willing to donate blood during blood letting activities to be conducted in the community with the help of LGUs now giving some incentives to blood donors.

Ampong further emphasized that donating blood has health benefits as well as it helps a lot to patient who is in need of blood.

Meanwhile, the Biliran provincial blood council was revitalized recently with the infusion of more members coming from the community like from the private groups to get the support in the blood donation program of the provincial government. # (fj/PIA8 Biliran) 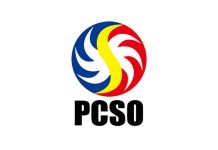 BiliranIsland.com Bundles of Joy for Christmas 2014