European Ambassador to the Philippines Franz Jessen commended the Philippine government on Tuesday for its “remarkable” recovery and rehabilitation efforts more than two years after Visayan provinces were heavily hit by Supertyphoon “Yolanda.”

Jessen reiterated EU’s commitment to become the Philippines’ partner not only in disaster recovery but also in sustainable development.

“The EU values its strong partnership with the Philippine Government, both at the national and local levels, and with UNDP (United Nations Development Programme) particularly in helping disaster-affected communities get back on their feet.”

“More than two years since Yolanda happened, we commend the Philippine Government on the remarkable and impressive progress in its recovery and rehabilitation efforts. The EU remains to be a committed partner of the Philippines not just in responding to and recovering from disasters but also in the journey towards sustainable development,” Jessen said during the turnover of evacuation centers in Biliran and Cabucgayan towns in Biliran province.

The EU and the UNDP have turned over two newly constructed community evacuation centers (CECs) in the said province.

The evacuation centers were built through UNDP’s “Project Recovery,” which is supported by EU.

Project Recovery seeks to build 11 CECs in the provinces of Biliran, Leyte, and Samar. Of the 11 evacuation centers planned, six have been established.

The CECs are built to withstand 300 kilometers per hour of wind velocity, equipped with water, sanitation and hygiene facilities, and fitted with solar panels and a generator set.

Project Recovery is also creating 165 disaster-resilient core shelters with level 3 water system and electrical support facility in the cities of Tacloban and Ormoc in Leyte and the municipality of Hernani in Eastern Samar.

Aside from building houses and evacuation centers, the project also provided employment and livelihood opportunities for residents, such as fish and seaweed processing, food production and sustainable agricultural management.

UNDP Philippines Country Director Titon Mitra said that despite these efforts, there is more work to be done.

“There is still much to do not only for those affected by Yolanda but also to prepare the systems and processes for any future event. The recovery process must continue apace. Now is also the time to examine closely what worked and make the structural fixes required to further enhance capacity to respond and recover in the future. This is a time for shared responsibility in building resilience to the new normal of a world affected by rapid climate change,” Mitra said. RAM/rga, Inquirer.net 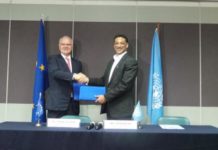 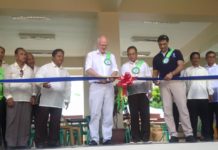