TACLOBAN CITY – The first Higatangan summer festival was a big success in terms of attendance and fun according to Naval Mayor Gerard “Roger” Espina.

The mayor said that the said festival was for the people to come to Higatangan, a beautiful island of this town which boasts a long stretch of coral sandbar, awesome rock formations, lagoon, a cave near the shoreline, sunrise watching and a watch tower.

“This festival is a litmus test for our tourism and investment promotion in the municipality,” Espina said, adding that he was overwhelmed by the turnout of people coming to join and witness the sports festival on the island.

“As you can see, there are many local tourists and foreigners as well. I am happy with the support of the Coast Guard and the Philippine National police that augmented police security from nearby Cabucgayan town,” Espina said.

Espina added that they want to have a vibrant tourism industry in the municipality and for more investors to come which could generate more employment to the local people.

“We introduced a homestay here and they collect P150 per head. The village officials are enjoined to engage the community to help collect garbage after the two-day activity and every day,” the town mayor said.

Town councilor Eden Apolinar said that about 4,000 people showed up to see the two-day festival.

“We are overwhelmed. There are only eight big boats we prepared to carry people to the island which is 45 minutes from the port of Naval. Each boat can carry from 25-50 people depending on how big the boats are,” he said.

“The local government unit is happy to hold this activity. We are able tourists who are willing to spend here,” Apolinar said. (VICKY C. ARNAIZ) 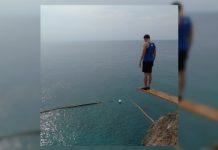 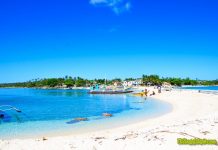