A mandatory fifty-peso was collected by the People Surge organization from its members as membership and registration fee.

Complying to this requirement would guarantee a member to receive the 5,000 pesos Urduja cash assistance as promised by the People Surge leader, Pablito Cuizon.

The money collection was considered illegal as there were no official receipts procured.

Imelda Arevalo Salut, a member of the People Surge in Brgy. Lico, said she was suspicious all along. Wondering why their membership form was just a 1/4 piece of bondpaper, she considered it “informal”.

On the other hand, People’s sword Vice Chairman Arnel Velasco Manjares accused Cuizon and his associates for using their t-shirts when collecting fees.

Securities and Exchange Commision recognizes People Surge as a registered commision but does not grants and authorize it to undertake business activities. 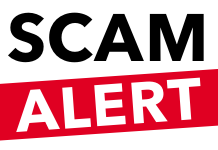