This was the pronouncement of the Department of the Interior and Local Government (DILG) Undersecretary Marivel C. Sacendoncillo, as she recognized the accomplishments of the best performing Local Government Units (LGUs) in Eastern Visayas during the Regional Awards Ceremony of the 2018 Local Legislative Award at Robinsons Summit Hotel, Tacloban City on February 7.

“The LGUs should not only look at the needs of the people but also search for opportunities that they can maximize to pursue development in their respective communities,” Sacendoncillo added.

She told the sanggunian members to be serious in the jobs that they entered into because the people will not remember them by just being honorable but by the things that they were able to do to contribute to the betterment of their communities.

In the categories of Highly Urbanized Cities and Independent Component Cities, the Cities of Tacloban and Ormoc emerged as the regional winners, respectively. Both cities were lone entries in their respective categories.

Baybay City made it as the regional champion in the Component Cities Category followed by the Cities of Catbalogan and Borongan which were both regional finalists.

In the 1st-3rd Class Municipalities Category, Basey, Samar notched the top spot while Sogod, Southern Leyte and Naval, Biliran were recognized as runners-up.

“The regional winners will now vie for the national legislative award. The National Award Committee (NAC) will be coming in the region and reevaluate the nomination,” PCL Regional Council Chairman Wilson Uy said in his closing remarks.

Usec Sacendoncillo, OIC – Assistant Regional Director Valente P. Bajet and PCL Regional Council Chairman Uy awarded a plaque of commendation and a cash award worth P10,000 to the regional champions in every category. 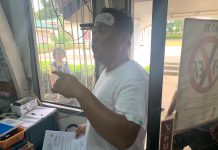