TACLOBAN CITY — The newest member of the Torres-Gomez clan holding an elective post said there is nothing wrong with establishing a political dynasty.

Leyte 4th district Board Member Carmen Jean Torres-Rama said dynasty in governance is justified for as long as one’s intention is to help improve people’s lives.

“I believe there is nothing wrong with political dynasty for so long as you have compassion for your constituents, you have the vision for the people, and you always think of what’s the best for the improvement of the province”, Torres-Rama said in an interview Wednesday.

She is the elder sister of actress-turned-congresswoman Lucy Torres-Gomez (4th district) and newly-elected Kananga town Mayor Matt Torres. They are the grandchildren of Vicente Torres Sr., who served as Ormoc mayor in the 1950s.

Lucy has been a district representative since 2010, substituting her husband, Richard Gomez, who was disqualified by the Commission on Elections over his failure to sufficiently establish residency in Ormoc City. Gomez has been the mayor of Ormoc since 2016.

Carmen Jean’s husband, Vince Rama, is a senior member of the Ormoc city council. She is a replacement of her younger brother Matt, who served on the provincial board for three years until June 30.

Recalling the campaign period, Rama said that the 2019 election was the toughest since they had to work hard to ensure the victory of five family members.

Carmen Jean promised to support all the programs of the provincial government, especially those related to poverty alleviation.

The neophyte board member is the chair of committees on energy, science and technology, and public utilities. (PNA) 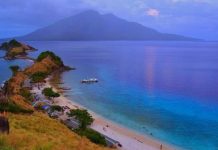