TACLOBAN CITY – Over 5,000 persons with disabilities, pregnant women and senior citizens would be able to avail of free public electronic transport from the local government of Naval in Biliran province.

Mayor Gerard Espina said the project, which is first in Eastern Visayas, recognizes the sectors as integral part of the community.

It is also one way of introducing an eco-friendly and sustainable mode of transportation in their effort to reduce air pollution in the province’s capital town.

The free shuttle service, which operates from 7 a.m. to 4 p.m. would be placed in six designated stations where the G- shuttles are only allowed to stop with one minute waiting time.

“The point-to-point shuttles are located at the municipal hall, Calutan, Canto Nueve, town public terminal, Naval Gym and Naval Central School, where passengers are only allowed to ride and get off in consideration of the pedicab or ‘sikad-sikad’ drivers.

Each passenger is only allowed to have one companion when riding the G Shuttle.

Mayor Espina shared that they may create Line 2, which will include the Provincial Hospital, Caneja Extension, PNB and Naval Cathedral if said project becomes successful. 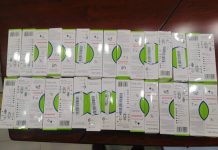