NAVAL, Biliran – Biliran Province State University (BiPSU) and the local government of Naval jointly prepare for the smooth and successful conduct of the 2019 State Colleges and Universities Athletic Association (SCUAA) games set on December 8-14, 2019, in Naval, the capital town of the province of Biliran.

BiPSU as host school and Naval as host municipality, invited all stakeholders and concerned agencies to a solidarity meeting for the planning and preparations for the security of delegates and orderly facilitation of games within the area.

Among the concerns raised were the exorbitant fares of sikad-sikad and habal-habal charged to visitors, bloating of prices of in demand commodities during the event, the presence of stray dogs in the streets, smoking in public places, illegal parking and traffic management, and the activation of close circuit television (CCTV) for the surveillance of possible illegal activities when the activities are at its peak.

He also called the attention of all concerned agencies for proper coordination of plans and schemes for the security of all delegates coming from the 11 state universities and colleges in Eastern Visayas.

Mayor Espina stressed, “The local government alone cannot assure the smooth and successful event but with the cooperation and support of all stakeholders, and self discipline of every constituent, the 2019 SCUAA games will be hailed a success.”

Delegates may start coming in from December 5 for familiarization of the sports venue and concentration of athletes in the playing fields.

The different sports events are to be played at BiPSU campus, Naval Central School, Brgy. Atipolo, Brgy. Sabang, Biliran Provincial Civic Center at the Capitol Compound in Brgy. Calumpang, and at the Marienor Mountain Resort in Brgy. Capinahan, according to Dr. Canezo.

The Naval State University (NSU), now BiPSU, hosted the SCUAA in 2016. Merely three years after, all other SUC presidents prefer to hold the event here in Naval for its peace and order, hospitality of the people, abundance of water, and closeness to nature in both mountains and seas, Dr. Canezo added. (nbq/mlt/PIA8 Biliran) 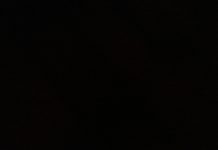