Maripipi, Biliran — 4 sachets containing white crystalline substances suspected to be shabu were recovered by the combined forces of PDEA and the Provincial Drug Enforcement Unit of Biliran Provincial Police Office from a drug watch listed personality during a buy bust operation about 9:35 in the evening on Wednesday (Apr 14) in Brgy Ermita, Maripipi, Biliran. 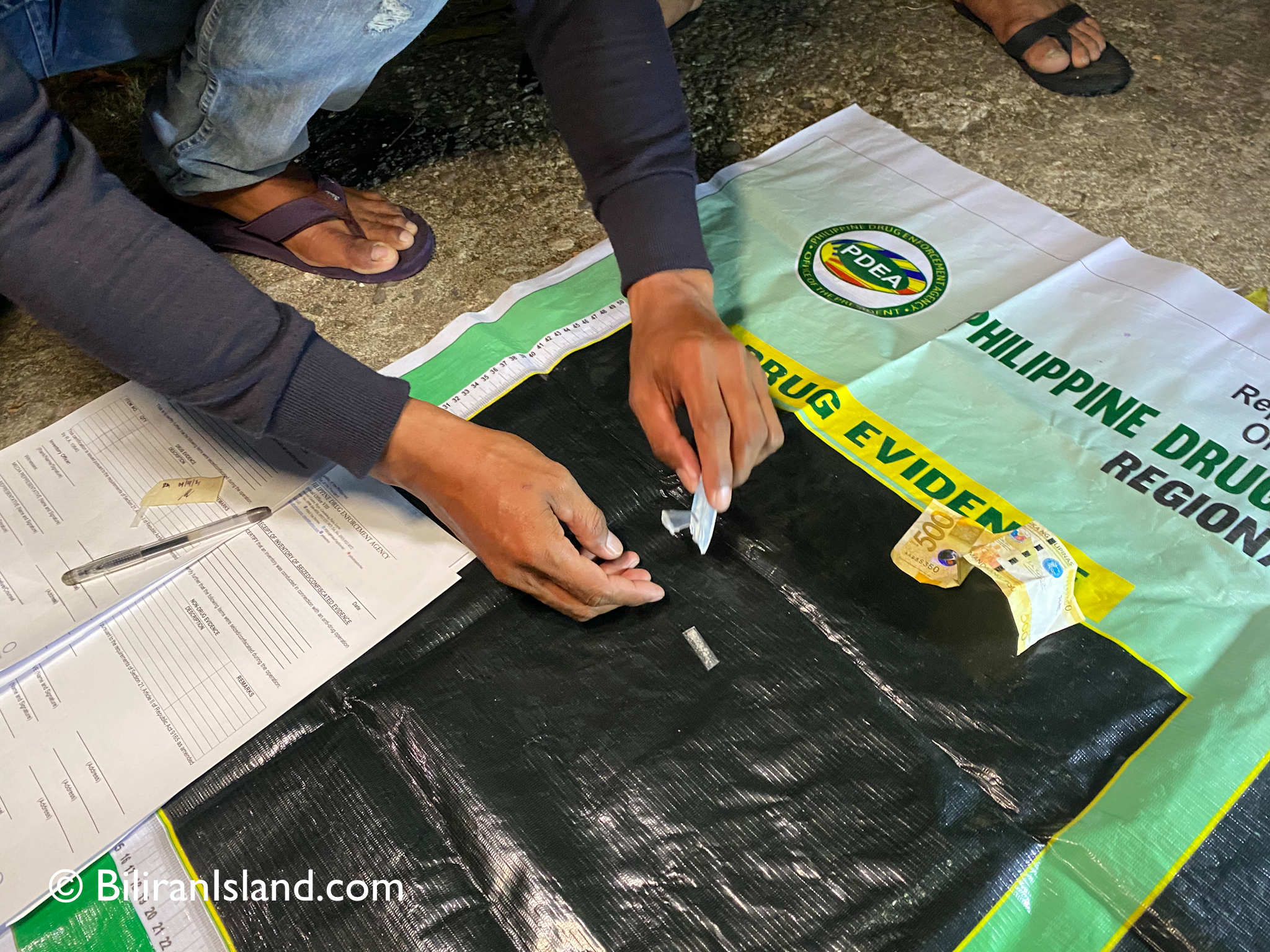 Recovered from his possession was a sachet containing white crystalline substance suspected to be shabu procured by an operative in the amount of P500. During body search in front of Chairman Roberto G Alterejos, of Brgy. Ermita, Anthony Marlon C Mecaral from the media, and Leonard Javinez from the Department of Justice the searching cop recovered from side of the short pants of the suspect a memory card container and a P500 cash bill. When opened the card container contained three more sachets containing the same white crystalline substances suspected to be shabu with an estimated amount of P2000, and the P500 bill that bears serial number AA985350 was subscribed in court as buy bust money for the operation. The suspect admitted owning the illegal substance recovered from him saying he did not expect lawmen will conduct arrest in the place being an island isolated from the mainland. Charges of violation of RA 9165 is being readied by the arresting authorities against the suspect who is temporarily detained at the Maripipi Police Station. – BiliranIsland.com