Biliran is an solfataric active volcano located in the island province of Biliran in the Philippines. The volcano caused the formation of the island. 12.3 km west of Caibiran town  (11°39’N, 124°32.1’E)

An investigation was conducted by then Commission on Volcanology (now PHIVOLCS) on November 12, 1954 at Mt. Biliran to confirm reports published in local newspapers that the volcano was showing signs of volcanic activity.  Local earthquakes accompanied by rumbling sounds were reportedly felt at places near the volcano.  Furthermore, thick steam clouds rising from the volcano and drying up of vegetation at the upper slopes were reportedly observed by boat passengers and fishermen.  Data gathered, however, by the investigating team showed that no unusual volcanic activity took place.

The Philippines has a total of 23 active volcanoes, including one in Biliran. 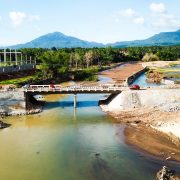 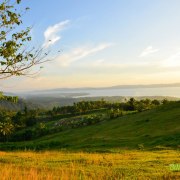