The referendum will be conducted during the 29th Annual General Membership Assembly (AGMA) on November 26, 2016 at the Cabucgayan Gymnasium in Magbangon, Cabucgayan,Biliran.

Borrinaga said that BILECO has set these schedules of district meetings to give the member-consumers of the electric cooperative enough information and sufficient knowledge why referendum will be conducted and for them to be able to arrive at an informed decision on what type of electric cooperative they will choose out of the three choices provided by RA 10531.

Borrinaga also said that BILECO will use other communication platforms like the social media, local cable TV, regular radio program of BILECO and other local radio programs in local radio stations, press releases in regional broadsheets, flyers, and other information and education campaign materials just to give the member-consumers of BILECO wide array of information sources of their convenience about the referendum.

The member-consumers can freely air their views and opinions on whether what type of  electric cooperative they wanted BILECO to become by way of a referendum during the scheduled district meetings, Borrinaga added.

He emphasized that there will be no more discussion regarding the referendum that will be conducted during the 29th AGMA as other important matters relative to the operation of the electric cooperative and some vital matters affecting the member-consumers will be presented and discussed.

The BILECO ISD manager encouraged the member-consumers to attend the 29th AGMA and participate the referendum as these activities have something to do with the welfare of the member-consumers as well as the future of the lone electric cooperative in the province of Biliran. # (FJ/rvictoria/PIA Biliran) 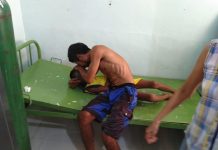 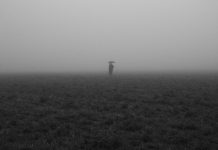