NAVAL, Biliran – The Biliran Electric Cooperative is now levelling up in the delivery of news and information to its member-consumer-owners (MCOs) with the introduction of the new platform through social media television dubbed “Bilecoryente Balita.”

Bileco Institutional Services Division (ISD) Manager Allan Joseph Borrinaga, the one who produced the social media TV news format, said people browse on social media for information aside from using the traditional one like reading news in print.

“In fact, no less than the NEA Administrator Edgardo Rama Masongsong praised and recognized Bileco for introducing the ingenuity,” Borrinaga said referring to NEA’s Monday convocation where the Administrator himself presented Bilecoryente Balita.

The first episode was launched on February 14 with Apple Joy Balondo-Visitacion, the cooperative’s information officer anchoring the news.

He added that Bileco spent not less than P100,000 for the procurement of equipment and other devices that will be used in the mini-studio housed at the Board Room of the cooperative.

Recently, personnel from Leyeco V and other electric cooperatives in Region 8 expressed their interest to visit BILECO’s new media facility as their benchmarking activity to be able to gain insights of how Bileco was able to produce such remarkable achievement and feat in the aspect of information dissemination.

Borrinaga, who loves producing music videos and his own music recording said this initiative is not confined with Bileco, but it can be shared and replicated by other offices as a way of helping in the effective delivery of news and information to the clients their offices served. 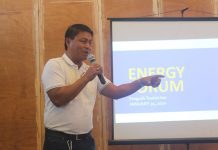 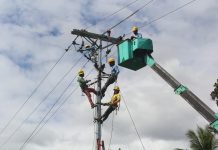