Calubian, Leyte— A rebel returnee couple and a member of the Civilian Armed Force Geographical Unit Active Auxiliary (CAA) of the 93rd Infantry Battalion of the Philippine Army base in Kananga, Leyte were found dead in a salvage manner about 3:00 in the morning today (June 15) at the public cemetery of Brgy. Padoga, Calubian, Leyte.

The police said that a cellular phone call from Vice Mayor Gilbert Ponce of Calubian, Leyte was received by the station with information that three unidentified individuals were found lifeless at the said place. The Calubian police immediately responded and proceeded to the reported place to ascertain the veracity of the report and upon arrival found the three victims lifeless, with two victims tied at single mark Bajah (Kawasaki), color blue/black with plate number 152-PB near the two. Each of the victims bore gunshots wounds in different parts of the body with the woman bore a big hole in her left shoulder and a hacked wound the right and a slashed neck.

The local police immediately called the Biliran SOCO to process the crime scene and to identify the victims.

Calubian COP identified the three victims as Paquito Mahinay and his wife Melba, both legal age, a rebel returnee, and residents of Brgy. Anislagan, Calubian, Leyte, and Albert Aldiano, legal age, CAA Member of the 93rd Infantry Battalion and a resident of Kananga, Leyte.

The police said that Aldiano was driving the single motorcycle with Paquito Mahinay and went to Brgy. Anislagan yesterday to fetch Paquito’s wife Melba to be with them at the 93rd IB Headquarters where Paquito is presently placed in safety. The Police said the three victims were last seen leaving the barangay past 5: 00 in the afternoon yesterday (June 14).

The police said they were to learn that there were three people killed inside the cemetery this morning much more upon learning that this included a female rebel returnee who wants to start a new life.

The local police are still conducting thorough information about the motive and the identity of the suspects. 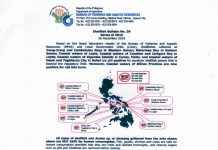 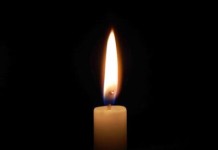