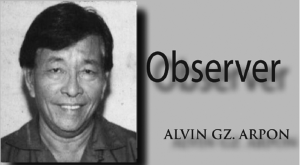 I chanced upon the column at The Philippine Star, Sept. 9, 2014 issue of Bobit S. Avila’s Shooting Straight and I was rather aghast; quite worried and frustrated about the COMELEC at that reprinted letter of former congressman Glenn C. Chong addressed to the columnist detailing the Precinct Count Optical Scan (PCOS) that was allegedly manipulated to effect “massive electronic cheating” that resulted in Atty. Chong’s loss in 2010 regular elections as congressman of the lone district of Biliran.

The group, Automated Election Systems (AES) Watch, appeared before the Joint Congressional Oversight Committee (JCOC) with Atty. Chong a member of the group who made stunning revelations before the committee of “documented PCOS transmission irregularities in 2010 elections in the Province of Biliran detailing therein distinct cases of unauthorized network intrusion (hacking) involving at least 10 clustered precincts in 3 municipalities where election results were received by MBOC at a time when the PCOS in question had in fact been turned off already”.

Atty. Chong further revealed in his letter to Mr. Avila that he had documented evidence of 4,114 ballots recorded by PCOS in 145 clustered precincts in Biliran province few days before Election Day of 2010.
There were other similar incidents that happened during that election as revealed by Atty Chong. One of which that he mentioned in that letter is the RTC Branch 34’s (Nueva Ecija) final decision that establishes a fact with official PCOS Count of Bro. Eddie Villanueva in 2013 elections in 3 identified clustered precincts to be short of 199 votes than the physical ballot count. Yes, an established finding.

The Automated Election System (AES) was not just a ray of hope but a bright illumination to all and sundry that the ugly smudges of election cheating via manual voting of the past is gone. But this revelation of PCOS that can indeed be manipulated is worse than electoral cheating in the past.

The AES group is active in watching developments. Their advocacy now assumes greater relevance especially with the plan of COMELEC to spend some P16.9 billion from our hard earned taxes to buy more PCOS machines, says Atty. Glenn Chong as contained in the letter he sent to Philippine Star columnist. Indeed something that all of us should be conscious in order not to frustrate the much ballyhooed democratic principle that it is the people’s privilege, right and duty to choose their respective leaders in governance.